Do expats in Myanmar have their Achilles heel? Read the “astonishing story” of intercultural mistakes that nearly cost an expat’s job! 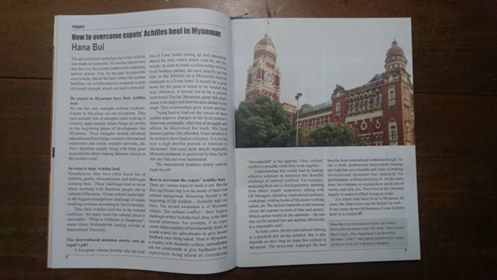 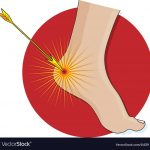 How to overcome expats’ Achilles heel in Myanmar?

The ancient Greek mythology has it that Achilles was made invulnerable. His mother dipped him into the river Styx in the Underworld containing special power. Yes, he became invulnerable everywhere, but at his heel where his mother held him. An Achilles heel is a weakness in spite of overall strength, which can lead to downfall.
———————————————-
Do expats in Myanmar have their Achilles heel?
———————————————-
No one has only strengths without weakness. Expats in Myanmar are not exceptions. They have actually lots of strengths when working in a newly open country where things are mostly in the beginning phase of development like Myanmar. Their strengths include advanced education and knowledge, extensive international experience and vision, multiple networks, etc. They therefore usually bring with them great expectations about reaping fabulous success in the Golden Land.
—————————————
So what is their Achilles heel?
—————————————
Nonetheless, they have often found lots of oddities, quirks, idiosyncrasies, and challenges working here. These challenges tend to occur when working with Burmese people due to cultural differences. “Cross-cultural leadership” is the biggest management challenge of expats working overseas, according to The Economist.
Thus their Achilles heel lies in the cultural conflicts – for many cases the cultural shock is inevitable!. “What is Different is Dangerous”, states Geert Hofstede(the leading scholar in Intercultural Theories).
———————————————-
The intercultural mistakes nearly cost an expat’s job!
———————————————-
A European veteran hotelier who has lead lots of 5-star hotels setting up and operations shared the story which nearly cost his job (his words). In order to foster a relationship with his local business partner, he once eagerly invited him to the kitchen at a Michelin-starred restaurant in a 5-star hotel. It would be a great honor for his guest at home to be treated that way!

However, it turned out to be a painful experience! For his Myanmar guest felt displ-eased, even angry and then became distant to the expat. Their relationships grew weird and bad.
Trying hard to find out the causes of these sudden negative changes in his local partner’s behaviors, eventually, after lots of struggles and efforts, he discovered the truth. His local business partner felt offended, if not insulted, to be invited to have food in a kitchen. It is not the way a high profile person is honored in Myanmar! Not sure how much reputable Michelin restaurant is perceived by him, but he felt very bad and even humiliated.

“The intercultural mistakes nearly cost me my job!” (He commented)
———————————————-
How to overcome the expats’ Achilles heel?
———————————————-
There are various ways to work it out. But the first significant step is to be aware of their own cultural background. (Knowing thyself is the beginning of all wisdom – Aristotle and Lao Dzu). The second awareness is of Myanmar culture. The cultural conflict – their biggest challenge or their Achilles heel, thus, is the third crucial awareness. For example, if an expat comes from a country of low hierarchy level, he would expect his subordinates to give honest feedback once being asked. Then in Myanmar, a country with hierarchy culture, subordinates are not comfortable to give feedbacks to his supervisors being afraid of considering “disrespectful” to his superior. Then, cultural conflict is possible while they work together.

Understanding this would lead to finding effective solutions to minimize this dreadful challenge of cultural conflicts. For example, analyzing from one’s own experience, learning from others’ expats’ experience, talking with HR Managers, attending intercultural seminars, workshops, reading books of Myanmar working culture, etc. The decisive factor lies in the outcome versus the expense in term of time and money. Which option would be the optimum – the one that can be learned fast and applied effectively, at a reasonable cost?

In many cases, decent intercultural training is a practical and saving solution. But it also depends on how long an expat has worked in Myanmar. The newcomer expats get the best benefits from intercultural workshop though. As one is fresh, professional intercultural training can help him save months and years of making intercultural mistakes that diminish his performance, without knowing it!. At the same time, his company or organization saves lots of money and time, too. They have in fact invested hugely in order to afford hiring an expat.

For expats who have lived in Myanmar for years, the other ways may be helpful as well.
In any cases, do not fall because of your Achilles heel! It is curable!

Hana Bui is an intercultural trainer and best-selling author. Her book “When Global Meets Local – How Expatriates Can Succeed in Myanmar” is the first-time guidebook for expats on how to work well with local colleagues. Hana can be contacted at hana@interculturemyanmar.com.